Today wasn’t particularly hard. There wasn’t that much elevation change. There were lots of views. But I could never get out of low gear. I think it’s because my pack is still too heavy and yesterday was a hard day. At the start of today I still had 6 days of food. 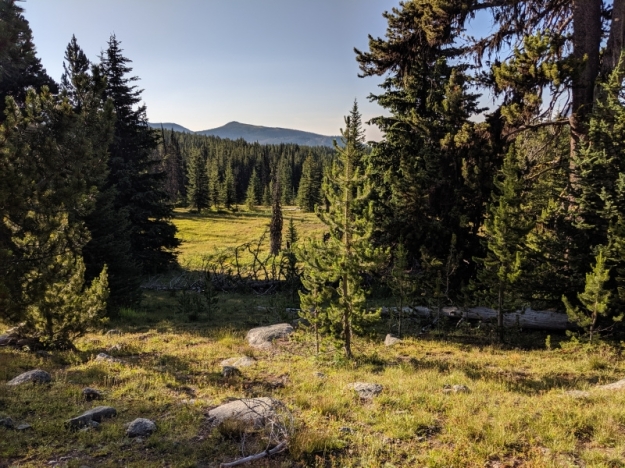 Teapot Dome on the right.

Somewhat restored cabins from an old tungsten mine. If it was storming I would have stayed in the one on the right.

The big climb of the day was over Cathedral Pass. It was nice that it was visible from afar. I had planned to eat lunch at the top but it was too windy. Plus it took forever to get there so it was more like 2nd lunch.

The pointy peak is Cathedral Peak. 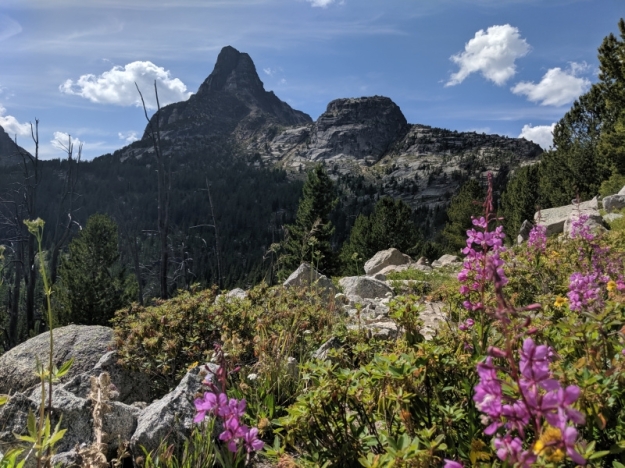 The pass is to the left of the peak. 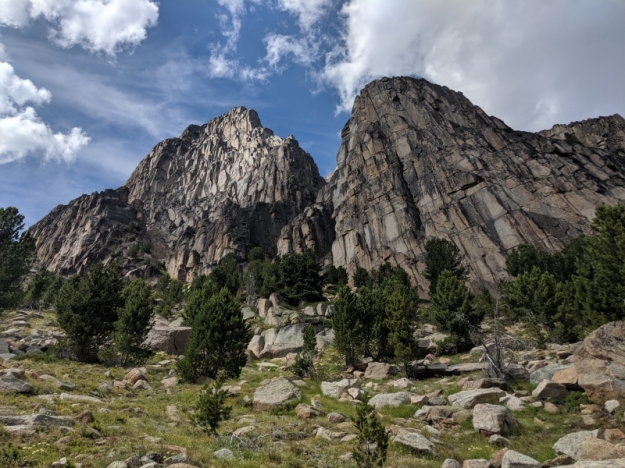 At the windy pass. 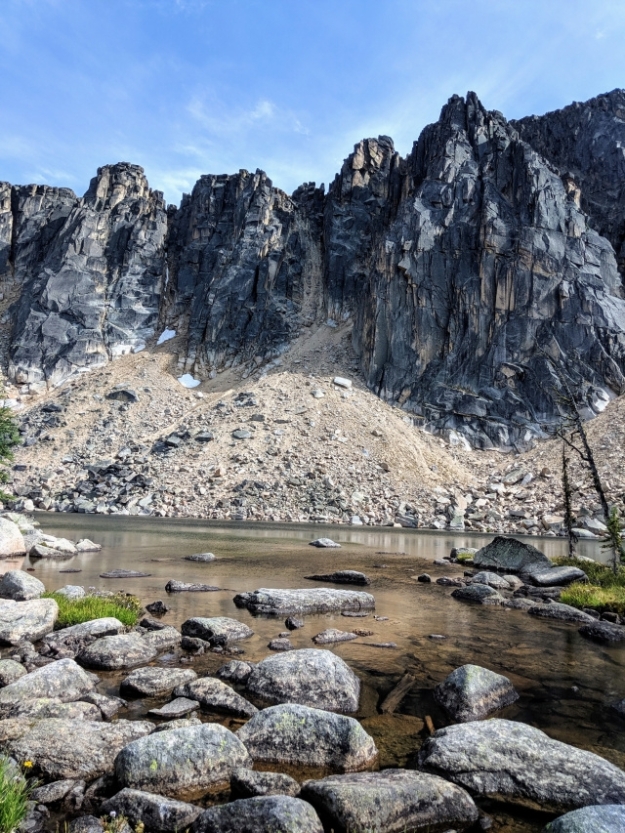 Upper Cathedral Lake. It would have been a nice place to camp but it was too early.

More open walking before I descended into the forest and to Spanish Camp.

I’m camped at Spanish Camp. It’s a forest service patrol camp. And it’s even occupied by several rangers. Their horses and mules are around the cabin. They let me look inside. It’s a really cool old log cabin and of course I forgot to take a photo. They were able to give us updates on trail conditions. Lots of work has been done this summer to repair and clear trail damaged by fires in 2015 and 2017. They told me where to expect bad spots. They said the trail is clearer and better than it has been in years. Lucky us.