I slept well. All nice and clean and perfect sleeping temperature. I got up early partly because now that I am in Idaho I’m on Pacific Time instead of Mountain Time.

The restaurant is closed today. But Cliff showed me around the kitchen and walk-in refrigerator and said help yourself to breakfast. Later I made a potato, pepper and tomato scramble. I’ve been eating granola with nut butter every morning. It was a nice change.

Later Alice who works here did my laundry. I packed up all my food. I planned on a later start time after yesterday’s effort. But it’s really HOT and the first 5 miles climb 3100 ft. There’s no water for 10 miles. Finally I left at 5pm and climbed to the top of Bussard Mtn 5900 ft. It was shaded and had lots of switchbacks. Plus there were ripe huckleberries. 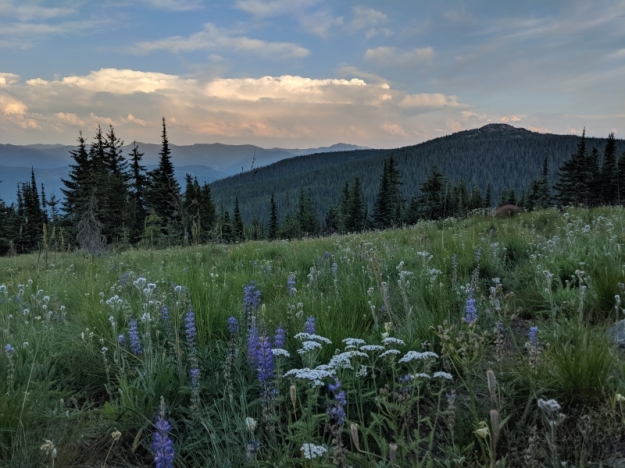 There’s a cement block shelter on top and as reported by others it’s full of garbage. It would have to be an awful storm to make me want to sleep in it. The only suitable campsite was a bit lower in the trees with no view. So much for sleeping on top of a mountain. 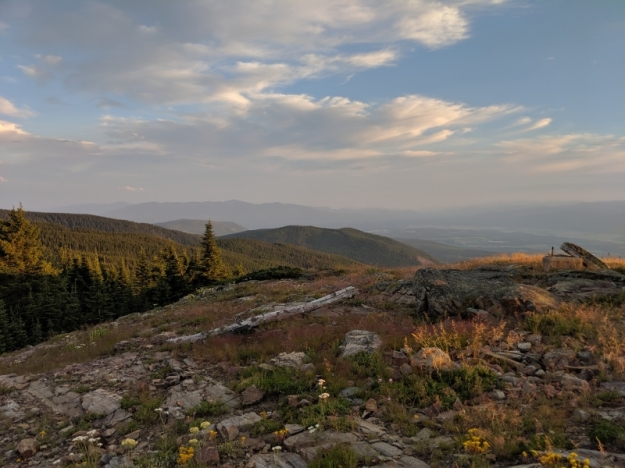