37.7 km Sign at Trailhead outside Field to Ensign Creek Road.

Thanks to Canadoug we were at the trailhead at 7am. 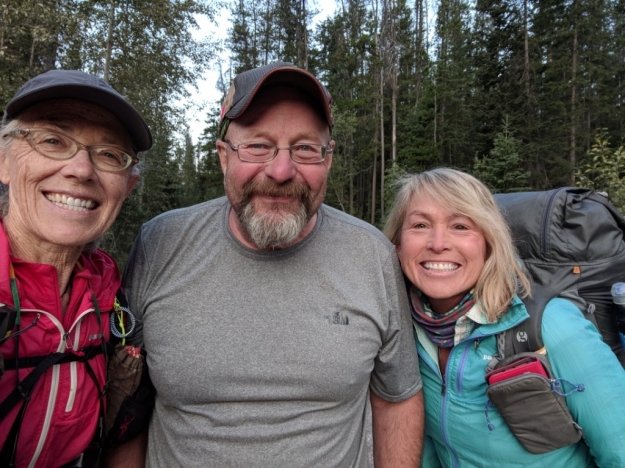 This next section has the reputation of being awful due to lack of trail maintenance. One part has over 500 downed trees crossing the trail. Much of the trail is an old logging road with new trees and bushes reclaiming the land. 2 key bridges washed out in the 2013 flood and haven’t been replaced. This resulted in 2 very sketchy fords. There aren’t any high passes and when you can see out from the trees the views are supposed to be grand. Our fingers are crossed that it won’t be too bad.

We walked along the Amiskwi River…. 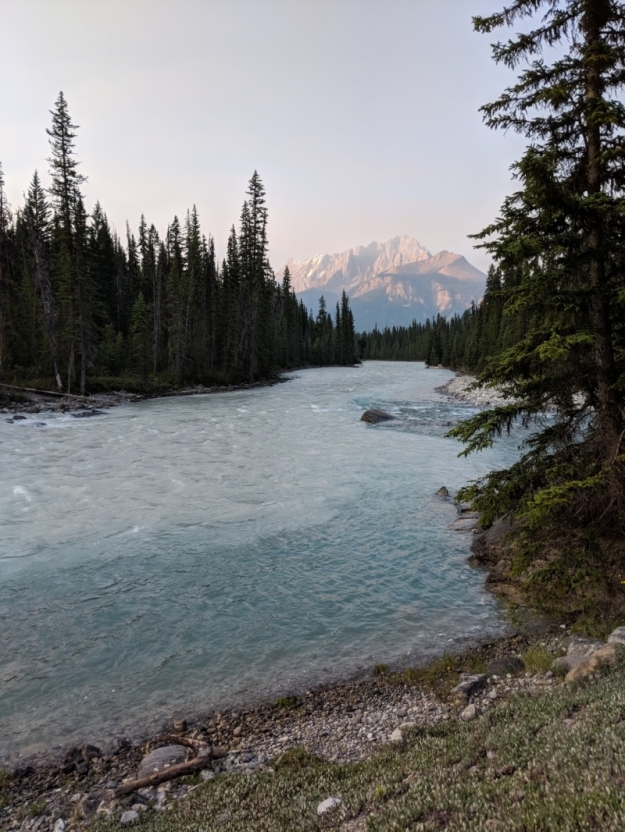 .The first couple of miles showed signs of recent chainsaw activity. That was nice but short lived.

Almost the whole day we walked on an old logging road. The surface was still in excellent shape. But above the tread was mostly awful. Blowdowns and overgrown trees and brush often higher than our heads. It’s a shame too because this is a really pretty area that has been neglected. With some trail maintenance this would have been a world class hike with beautiful streams and surrounding mountains. 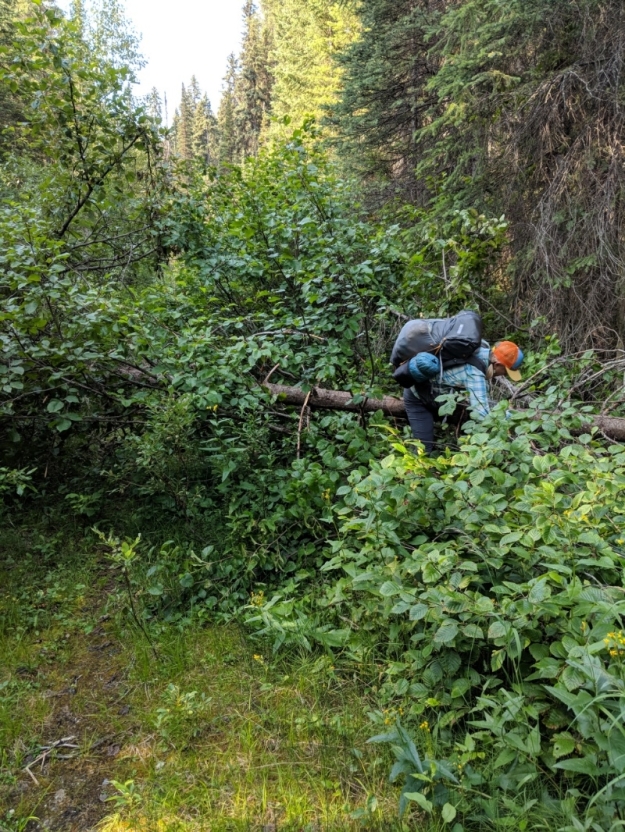 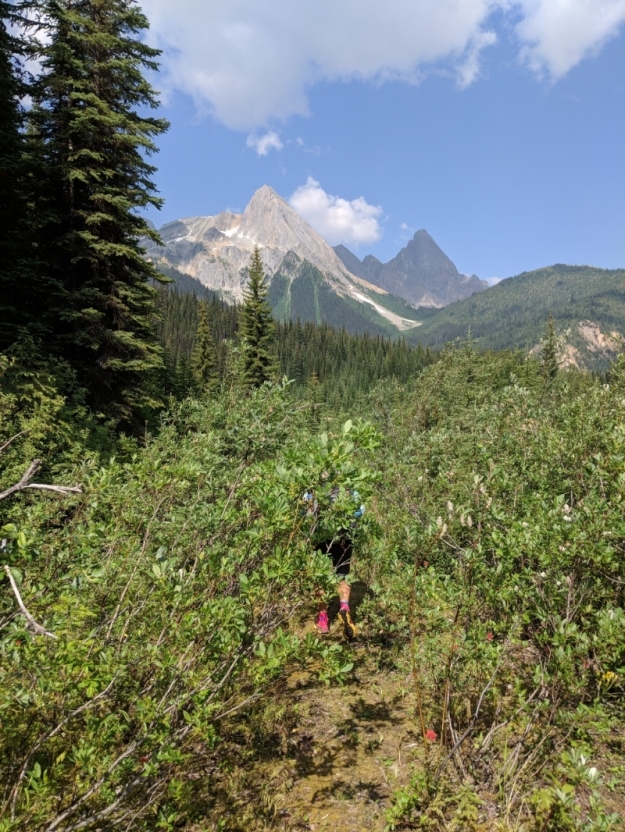 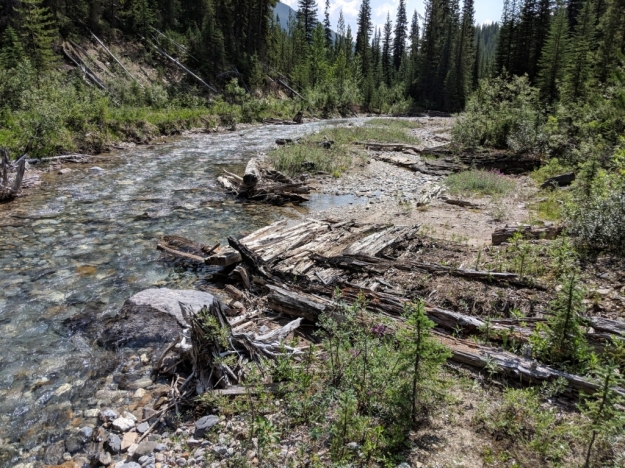 A very old washed out bridge but not one of the 2 we are worried about. 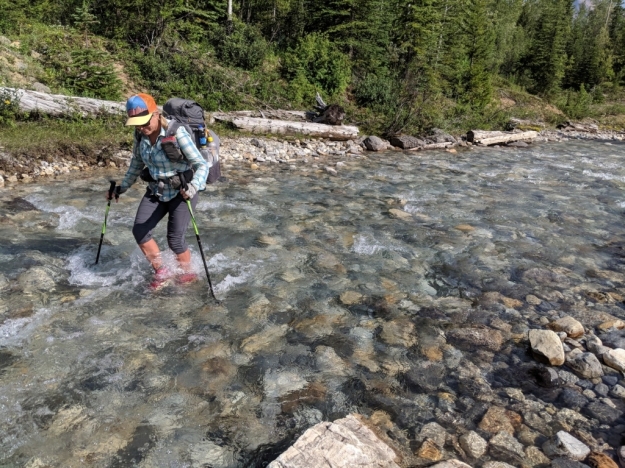 Our bugfree days may be over. Biting flies and mosquitos tormented us for much of the day.

We had planned to camp at Amiskwi Pass as suggested on the app. It was a boggy mess up there so we continued downhill for another couple kilometers to an old road. It’s dry here and has a great view. It’s kind of like a parking area on the side of the road but for now it’s perfect. There are lots of mosquitos but still less than at the pass where I put on my headnet for only the second time this hike. 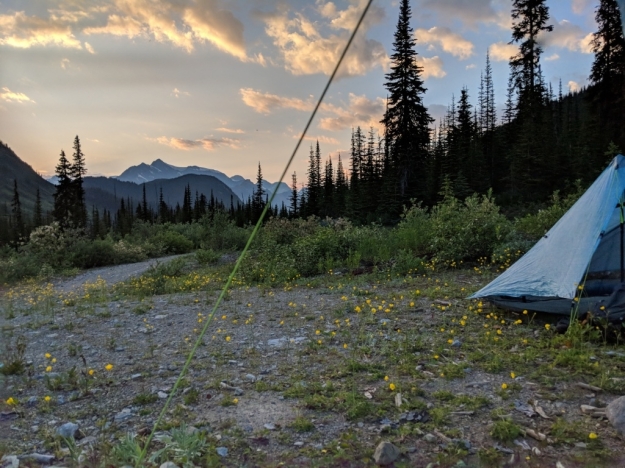