Junction of High Route and Bishop Pass Trail (Lower Dusy Basin) to 2 miles after leaving the JMT past Evolution Lake.

Today had so many gorgeous views but all I could think about was the fact that my pack was too heavy. 7 days of food seems to be just too much for me to carry. Good thing it will get lighter every day. 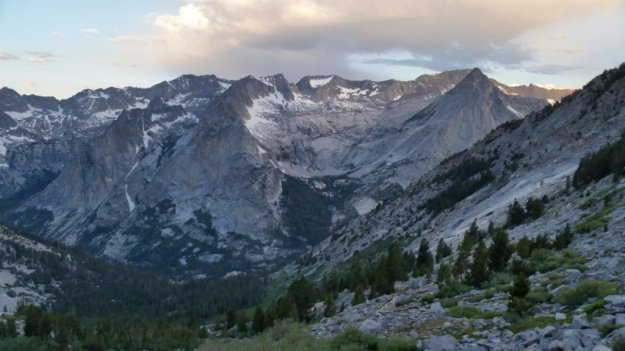 Most of the day we were on the JMT/PCT and there were lots of hikers.

Muir Pass seemed to take forever to get up as it has both other times I have climbed it from this side. 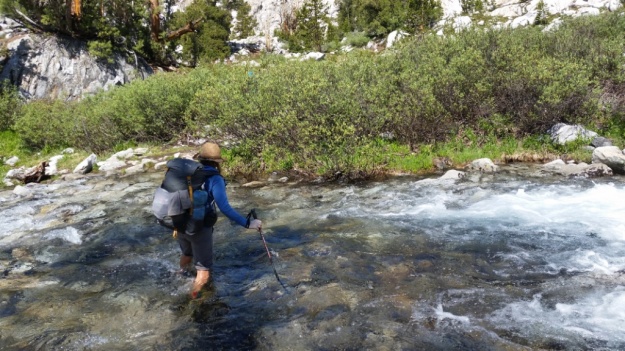 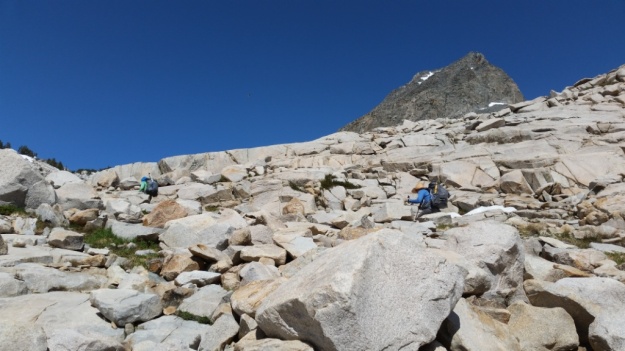 There were quite a few snow fields but they weren’t a problem. We were entertained by increasing dark clouds.

Once we were descending the other side the thunder started and it rained. The rain lasted an hour but the thunder kept going for much longer. 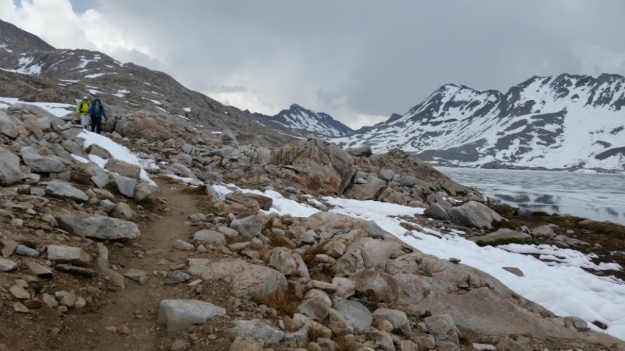 We are camped on a nice bench. The JMT/PCT is so crowded. It was fun to talk to some of the other hikers but it’s way better being off trail. It feels like we have the Sierra to ourselves.