Lisa and I walked thru Auckland on the Coast to Coast Walkway. We twisted our way thru neighborhoods and parks and up and over dormant volcanoes…..Mt Eden and  One Tree Hill Summit. We made several wrong turns and hunted for missing signs. 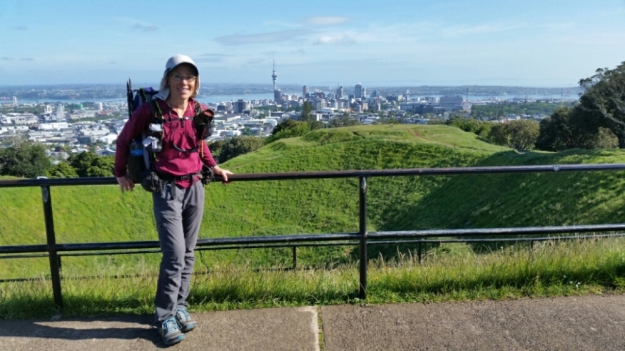 Natural lawnmowers on One Tree Hill 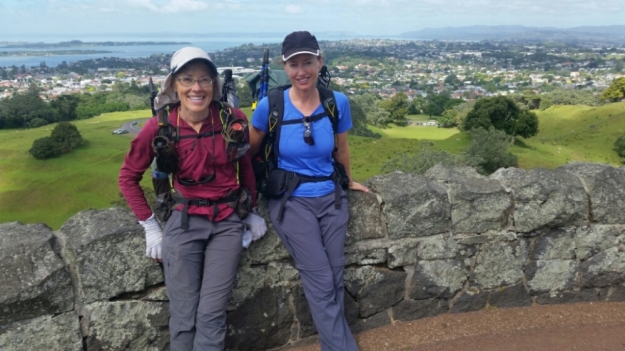 No trees up here

We crossed the Old Mangere  Footbridge and it was time for lunch. The trail notes say there is a minimart there. A guy there told us there were cafes 2 blocks further up. We had our choice of 5 cafes and had a great lunch at a kebab place. 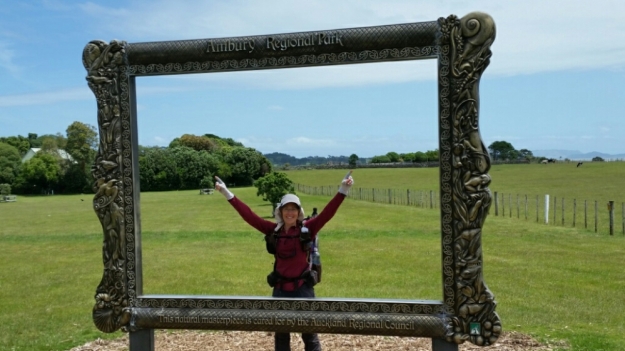 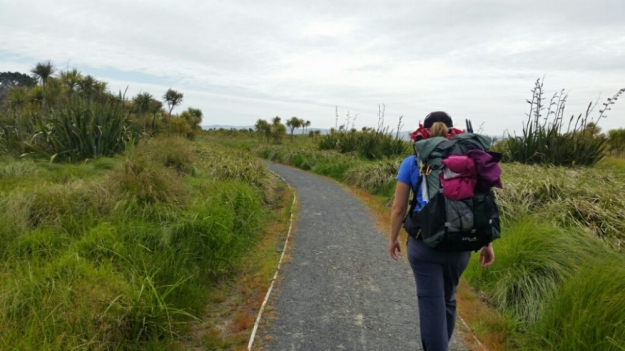 When I see a walkway like this I always hope it will last for a whole bunch of kilometers. It NEVER does.

There was confusing signage or lack of signage around Watercress Track and Otuataua Stonefields but we finally made it to the airport.

Budget Ibis was full so we took a cab to the Top 10 Holiday Park in Manakau. But first we bought food for dinner at the Countdown grocery store across the street from the airport.

We are now tenting at the holiday park. We met another TA walker, Agnes from Poland. She also has a ZPacks pack. While eating dinner Alex and Helen walked in and it was reunion time. Lisa got to experience a bit more of hiker comaraderie…. as well as exhaustion. It’s not easy to try to jump in with thruhikers.