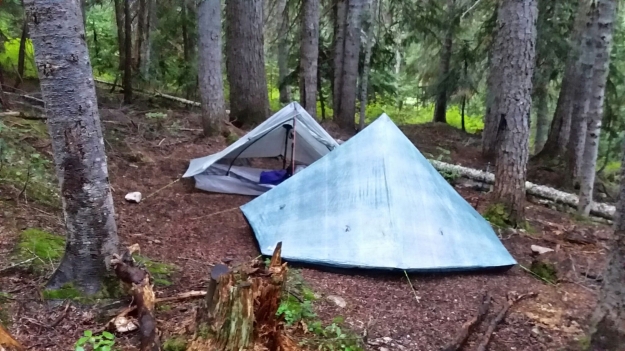 Today was cloudy and foggy but no rain. The views came and went with the clouds. I have so much built up excitement about finishing this hike that none of the weather stuff mattered. It’s still electrifying up here. 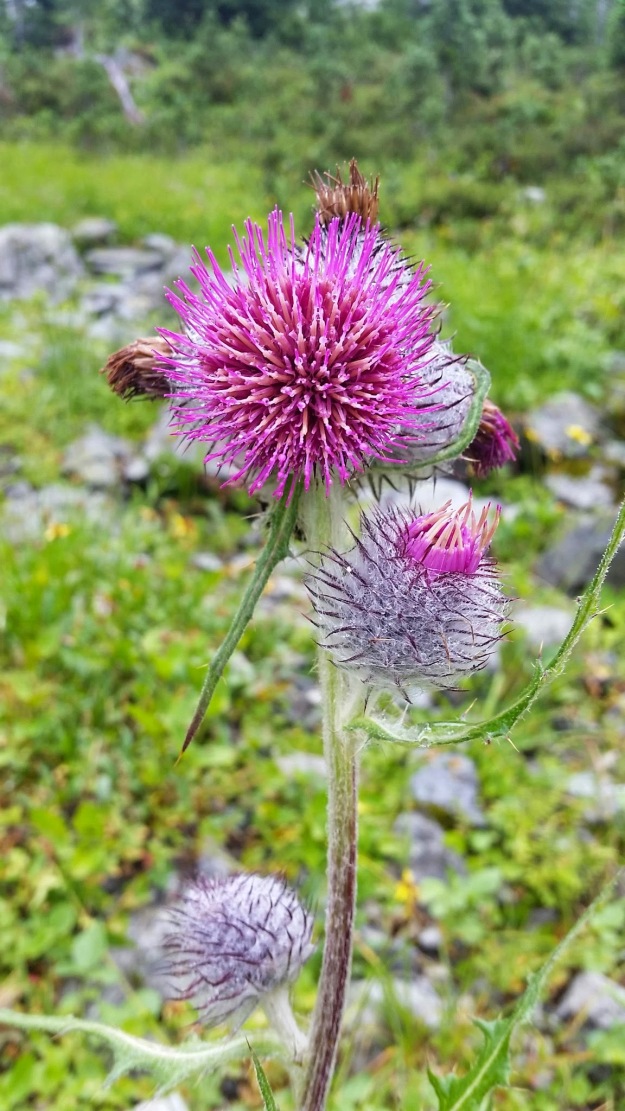 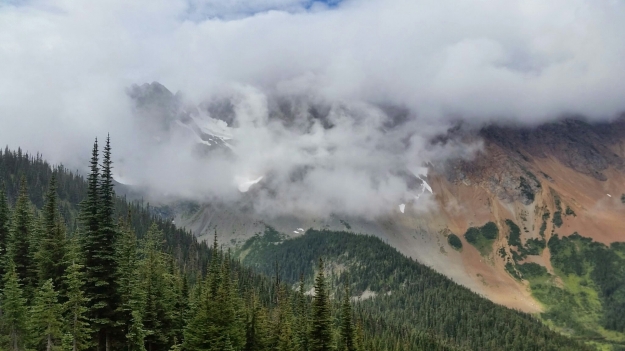 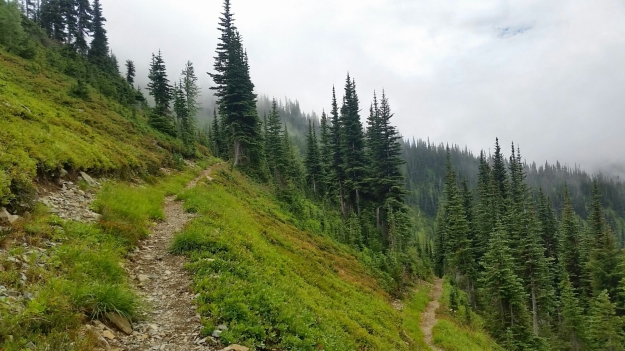 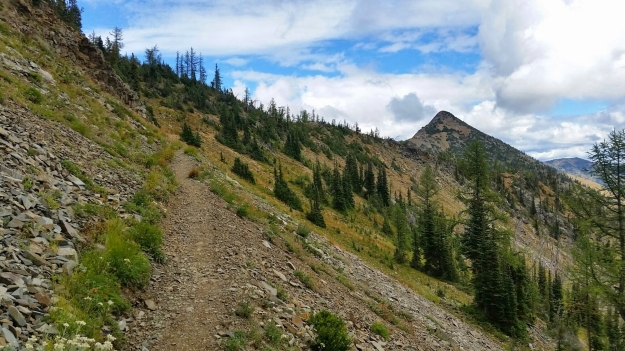 It’s Labor Day Weekend so there are lots of people out. I had fun chatting with several families…. Lucky kids to gt out here so young. One 6 year old told me he wants to hike the Wonderland Trail, the John Muir Trail and Ross Lake to his home in Bellingham.  When I said “AT” and “CDT” he wanted to know what they were. Definitely a future thruhiker! 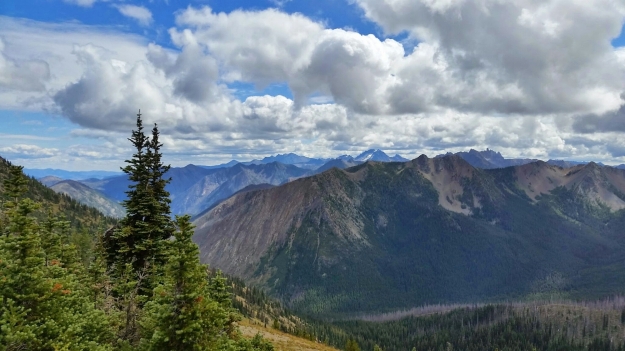 For days we have been talking about going in to the Mazama store. It’s 12 miles down a dirt road from Hart’s ass. The pull of towns and beer is strong but we don’t want to leave the trail overnight. It worked out great. Mike from Bellingham had his car at Rainy Pass and wanted to get it to Hart’s Pass. So we all got a ride to Mazama with some day hikers. Atlas and I hung out at the store. Mike got his car and picked us up on the way back. One hot chocolate,  2 beers and one burrito later we were back.

The skies even cleared up while we were gone. Hopefully we will get great views tomorrow. At the campground who did we run into but Bambi and his friend False Summit.

Second to last night out here. Yikes, it’s almost over.