We had all been thru the Cirque of Towers when we hiked the Continental Divide Trail. It was an alternate off the official trail but way worth doing and was definitely a highlight of the Winds.

Climbing up Jackass Pass is on trail so relatively easy. The Cirque of Towers is a  climber’s paradise with lots of steep multipitch granite walls. We saw one couple climbing. They looked like tiny ants. 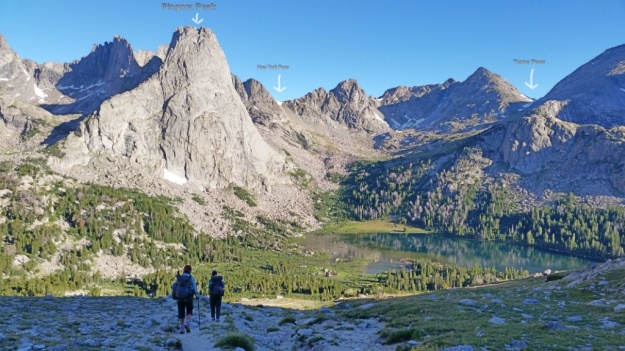 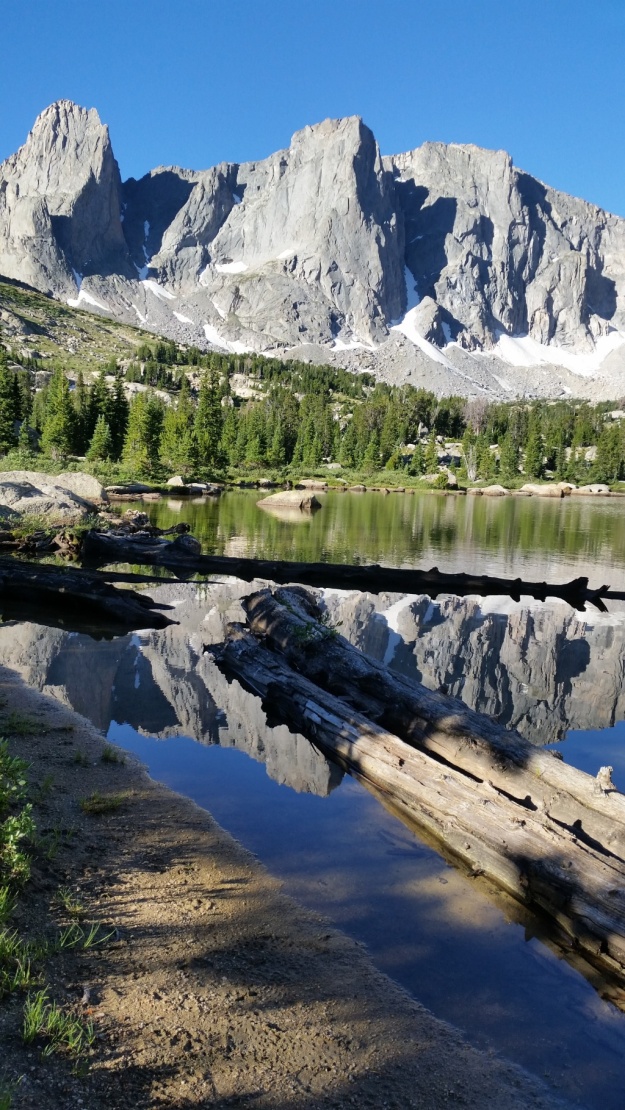 We had 2 choices for leaving the Cirque. We had all taken the use trail toTexas Pass before so of course we chose New York Pass this time. I was somewhat apprehensive after our experience down Wind River Peak. Fortunately it was better. Going up the right side of the scree slope was fun with mostly stable rock and good hand holds.

The way down was worse but OK. We all did some butt scooting on the top where it was steeper and looser. Then it was just a long slow (for me) tiptoe thru the rock. 875 ft in .7 miles is steep!

Once that was done it was an easy 3.5 trail miles to a trail junction. Here we turned left and hiked 9 miles to Big Sandy Lodge. Showers, laundry, beds in our own cabin, resupply boxes, wine and food. Who wouldn’t walk an extra 18 miles for that?

Big Sandy Lodge has new owners since I was here in 2012. They are way more hiker friendly now. We lucked out by having Pyrite and Chinchilla drop off our boxes because the owners only go to town and the post office every couple of weeks. It was a long (and pretty) 9 miles extra to get here but really nice to have lightish packs over Wind River Peak and New York Pass.