It was another beautiful sunny day. Ports Water Race track is in the forest along an old water ditch which was used during the gold mining era. It was mostly easy walking with a bunch of muddy sections or places trees had fallen.

It was so nice to finally break out of the forest and into the sun with views of Stewart Island and Bluff Hill, the end of the TA.

We stopped for great burgers at the tavern in Colac Bay. 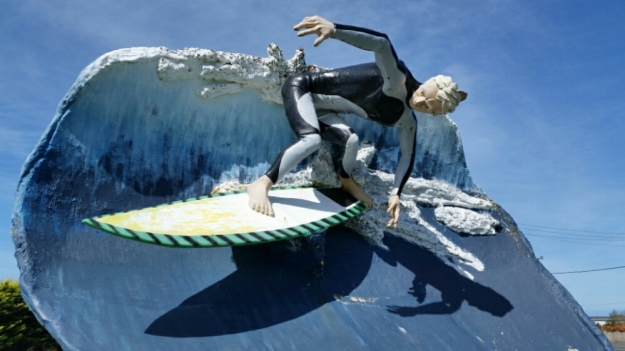 Then it was mostly beach and headland walking until Riverton.

What kind of kelp is this?

Once we got to Riverton we tried the Globe Hotel Backpackers listed in the trail notes. It was locked. We walked around to the back but we’re unable to get in even though there were signs of people. A Rotary meeting was just finishing and one of the members directed us down the street to another pub/backpackers. Paolo and Martin were here. The Riverton Lodge and Hotel is an old and funky place run by a very nice couple.  It was just what we needed at the end of the day. 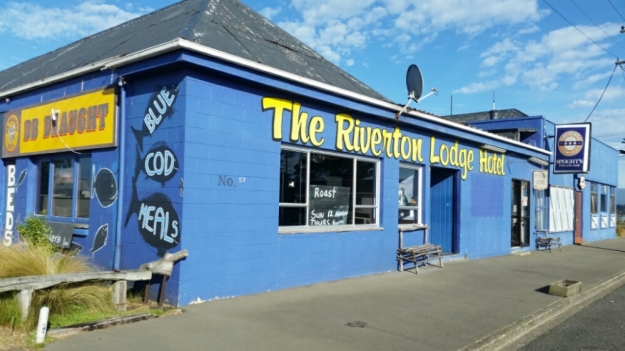