We got up early to catch the bus to Geneva airport where we got on an Easy Jet plane and flew to Corsica. Because of high winds the Calvi airport was closed. They flew us to Bastia and then bussed us to Calvi. From there we took a cab to Calenzana. 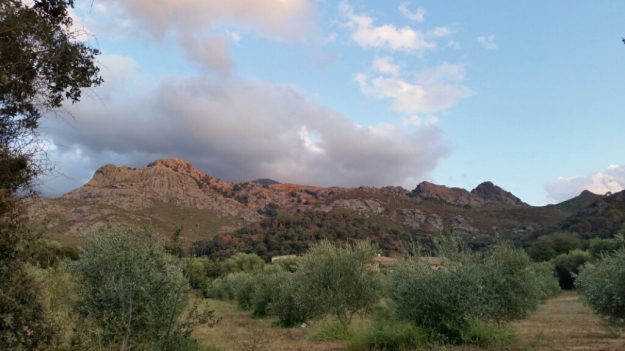 The start of the GR 20 was also closed today due to the high winds and fire danger. So there are LOTS more people starting tomorrow.
We are camped at the Gite in Calenzana. There are over 30 tents here and more keep popping up. There is a kitchen here and we cooked lots of vegetables. I was so intent on eating that I forgot to take a picture. Onions, bell pepper, zuchini, carrots, potatoes, and hard boiled egg. We have been so deprived of vegetables.

It’s been fun to talk to the other hikers. I met a Belgian woman who hiked the Pacific Crest Trail in 2013 and the Te Araroa in 2015-16, the same year I did. This will be a social trail for sure. 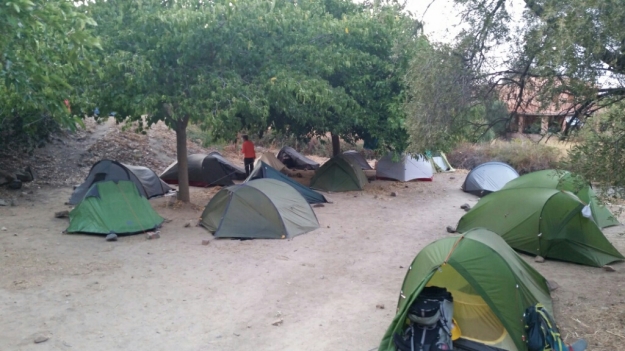 More tents and room for even more