Our plan worked perfectly. The fog was gone in the morning and it was clear. We left the cabane at 6:20am.  It was the coldest it’s been on this whole hike. The first part of the climb is relatively easy with good trail and switchbacks.

We turned at the end of the valley and could finally see our objective, Pic du Carigou

The final part up is up a cheminèe (a natural staircase of stone) also called Bréche Durier. It’s steep, but has lots of great handholds so that makes it easier. Having a light pack also helps. No other hikers were on this part and soon we were alone at the top of Pic du Carigou, 2784 meters. Not for long though as 3 people arrived from the other side. Perfect. They took our picture. 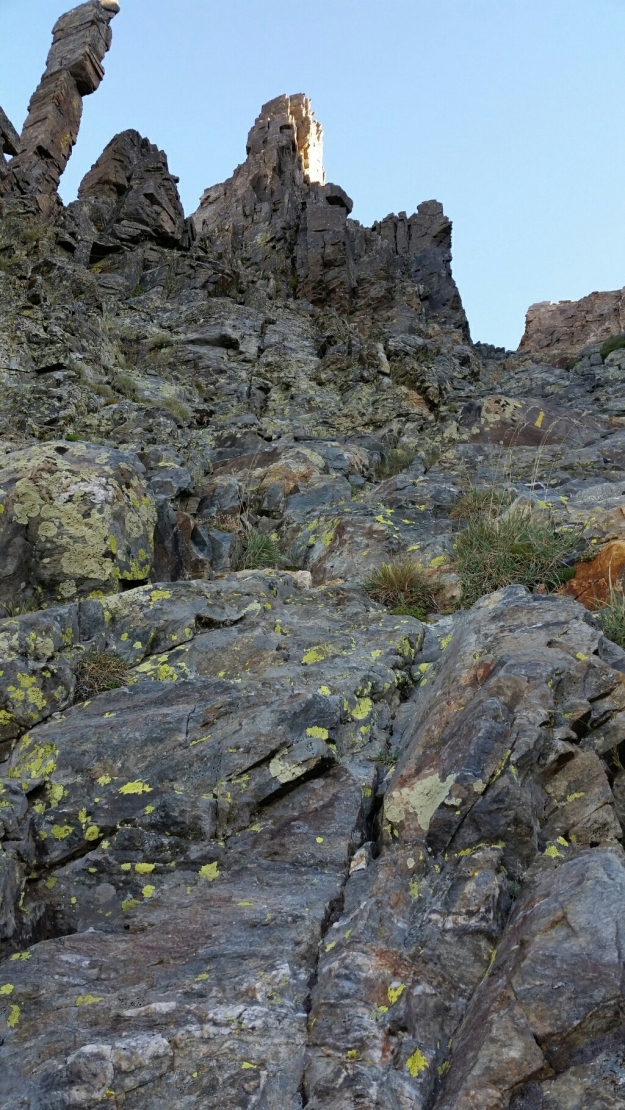 That’s the way up. 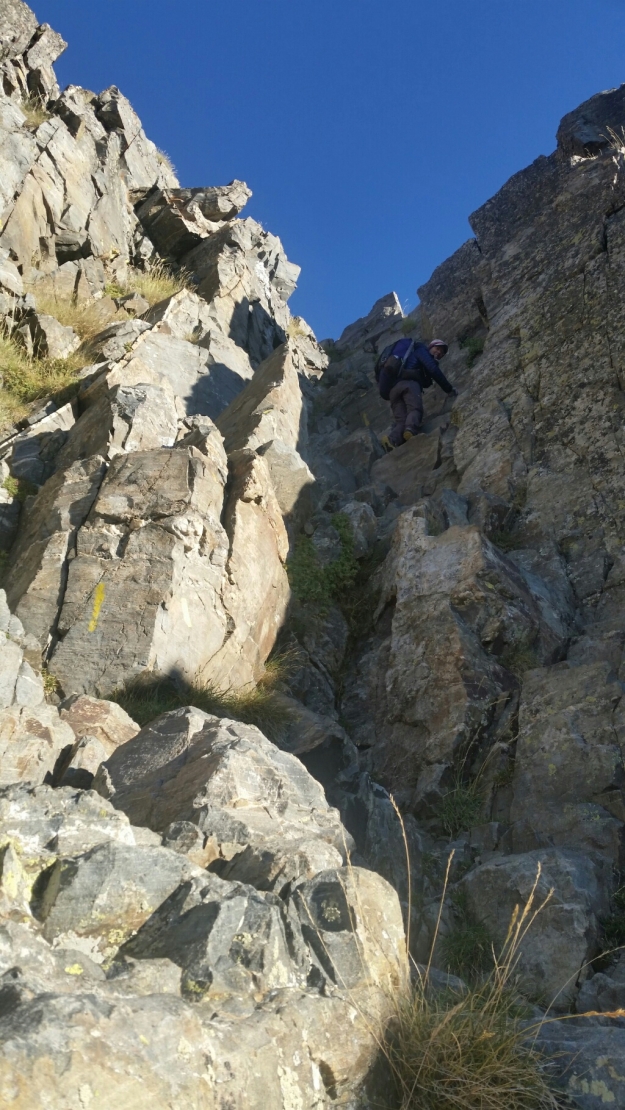 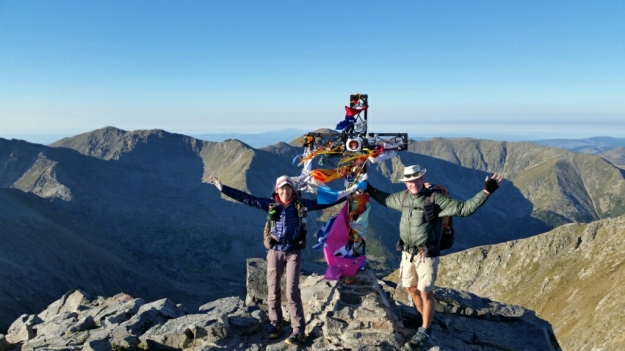 We could see the Mediterranean from the top!

Amazingly it was warmer on top than it was climbing up or hiking down in the wind and shade. On the way down we met another HRP hiker going the opposite way. Look how lightweight he is.

In an hour and a half we were at Refuge des Cortalets.  We were too early to get any cooked hot food but we did get coffee and sandwiches. We hung around for 2 hours and soaked up the warmth of the sun until it started getting cloudy.
We met 3 guys from the UK who had been on the summit for sunrise. One of them has a drone. It was too windy at the top to fly the drone today but he has been up with it before and has photos on his website…. http://www.2mealday.com and instagram max.lowery. 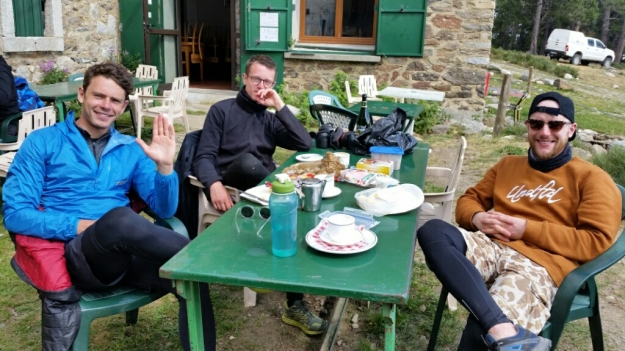 The hike from the refuge was supposed to have more great views including some of the Mediterranean.  Not for us. It was rainy and foggy almost the whole way. We got what we wanted out of the day so no complaints.

We slept inside again at Gite d’etape de Batère. That’s 5 nights in a row of indoor lodging. We had our own room. The hot shower was amazing and the dinner wonderful. 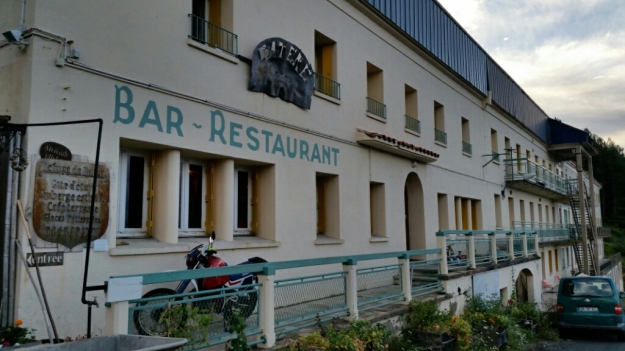