Noarre to Refugi del Cinquantenari/Baborte
On our way out of Noarre we filled our water bottles at the village fountain. Every town or village has one. It’s always been delicious water and we never treat it.

I love the slate roofs.

We started the climb up in the nice cool early morning. 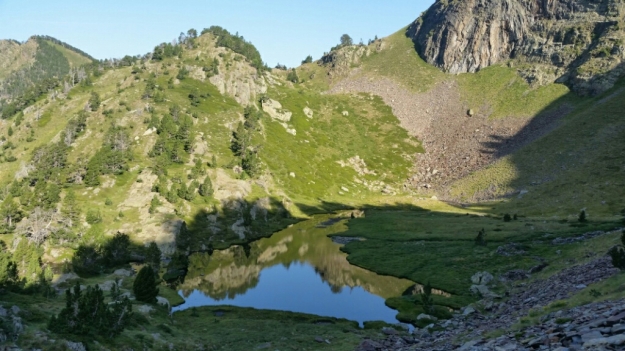 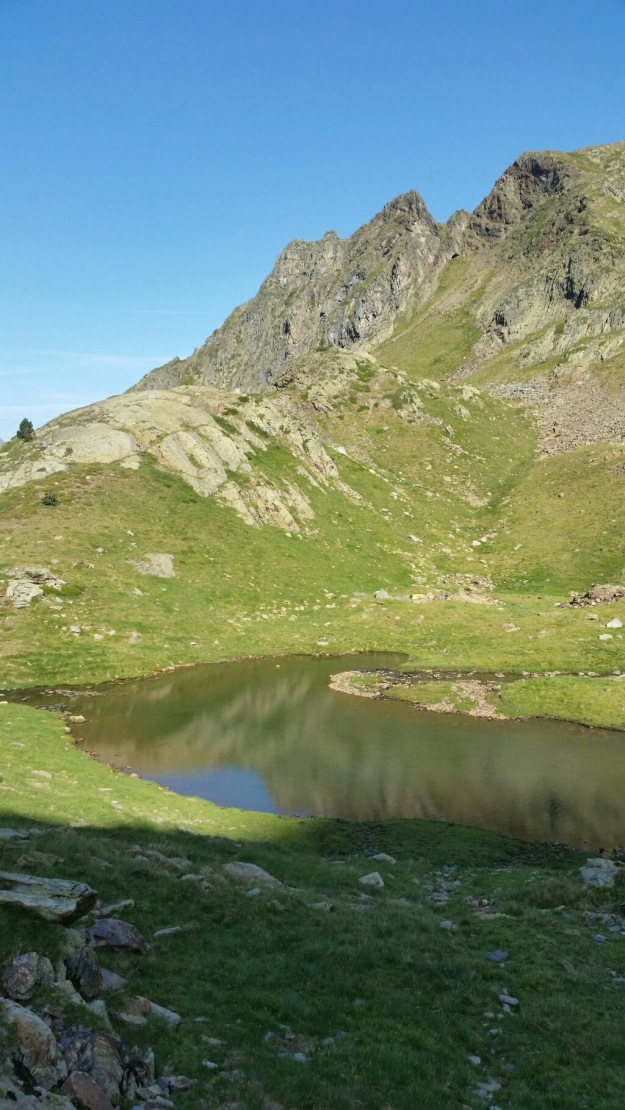 Starting down from Coll de Certascan 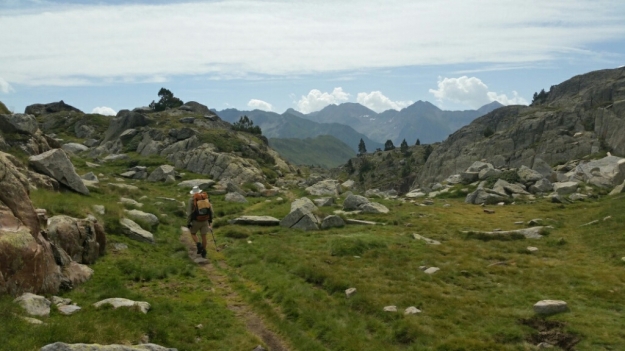 Does life get any more beautiful than this?

At Refugi de Certascan we each ate an omelette and then ordered another one to split.  We got sandwiches for dinner. We stayed at the refugi for 2 hours. Charged our phones and got Internet (no uploads or video viewing.)

We decided to take the red/white marked route down to Plateau de Boavi. This allowed us to avoid the “wilderness walk” that Wired described as awful.  It took us 3 hours. The same as the estimated time in the book for the other way. It might not have saved us time and it wasn’t the most beautiful but is was straightforward and got us to where we needed to get.
Then we had an almost 1000 meter climb up to Coll de Sellente.  It was the best climb yet. Shaded for the first half. Wide smooth trail with switchbacks for much of it. It makes me think we might be on to easier terrain. 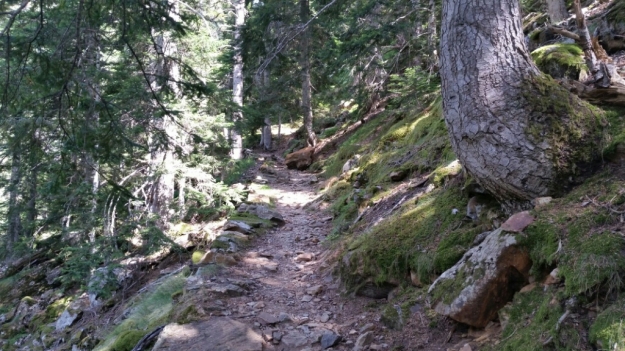 Almost to the top. Just up the switchbacks and then to the left. That got us to a faux col.

The cows greeted me at Coll de Sellente. Little did I know that I would see them later.

After a straightforward downhill we arrived at the unmanned Refugi Cinquantenari.  Wired left her titanium cooking pot here 4 days ago and asked me to look for it.  When we got to the refugi there was one Spanish guy. He said 3 Frenchmen and their dog were out fishing and were also staying in the refugi. I looked around. I could see a pot in a Gossamer Gear bag with one of the men’s belongings. It had to be Wired’s. I looked inside it. It was filled with dog food which is especially hilarious if you know Wired. She is no fan of dogs. Jim and I sat down in the refugi and ate our dinners hoping the 3 men would return to the refugi. They didn’t so we emptied the dog food out on the wrapping from our sandwiches. In case they didn’t speak English I typed into Google Translator asking if they found the pot before we walked back toward the men. It was definitely Wired’s and they were very nice about it. One of the men had a Tenkara fly fishing rod which I have read about but have never seen. Theirs was a special Pyrenees model. We talked about that some using the little english they knew.

Jim and I set up our tents in a flat, sort of sheltered area down by the stream. As we were getting into our tents about 30 cows showed up. We were able to get them to move away. But at 9:30 pm they came back. 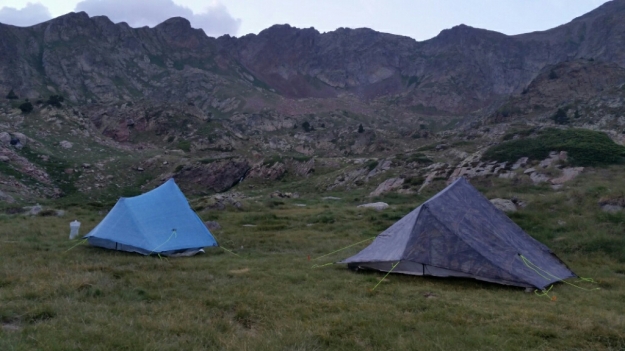 All is well before the cows showed up. 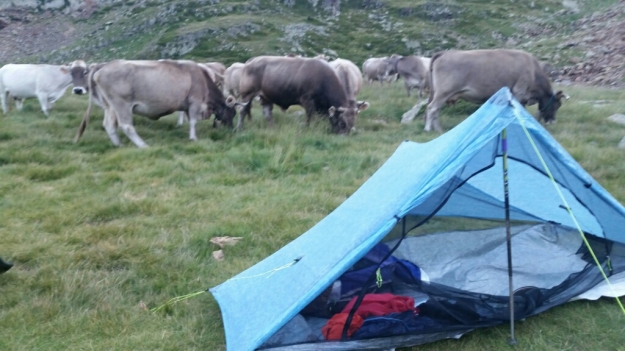 They are way too close to the tents. Their bells are too loud but some of them are laying down. And I just want to sleep.