We managed to take a wrong turn this morning and spent a bunch of time on a faint trail in a forest instead of the nice trail we finally found. Just after we got on the right trail we came upon Mark from England who was taking a break and walking in the opposite direction. Talking to him was great. This is his 2nd time hiking the HRP. I like this trail but I can’t imagine doing it again. It’s too hard. He gave us a few tips on the rest of the hike. We also discussed hiking in Nepal which is definitely on my list.

The first part of the trail today was flagged for a running race. Yes, we still took a wrong turn! Our first climb was one of many false passes.

Looking back on tiny lake 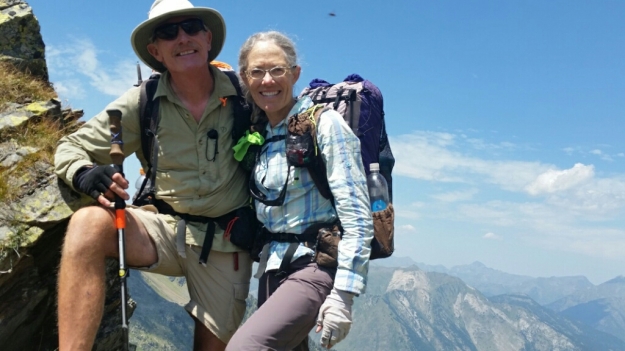 Once we got up Coll de la Cornella we could see an aid station for the run on the other side.  There was a 96 K race and a 50 K. This was at 72 K. Lots of runners came in as we take to some of the volunteers. They said we could help ourselves to the food! An orange, hot chicken broth, chocolate and candy. Yummy and I didn’t have to carry it. We were going the same route as the runners for the next pass, Col de Curios. We made sure to stay out of their way. 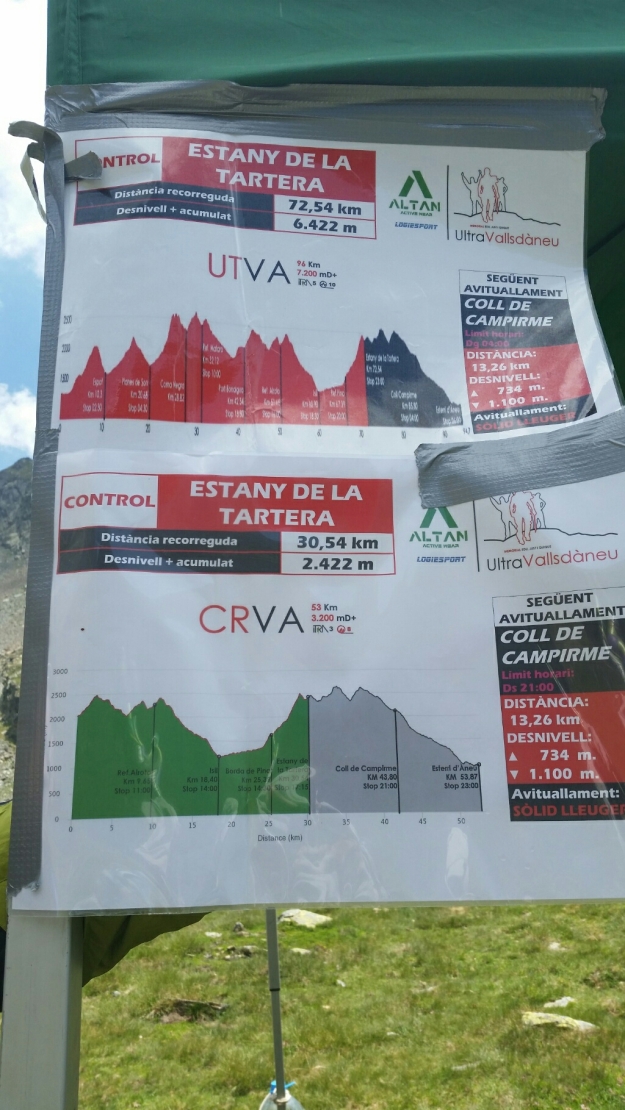 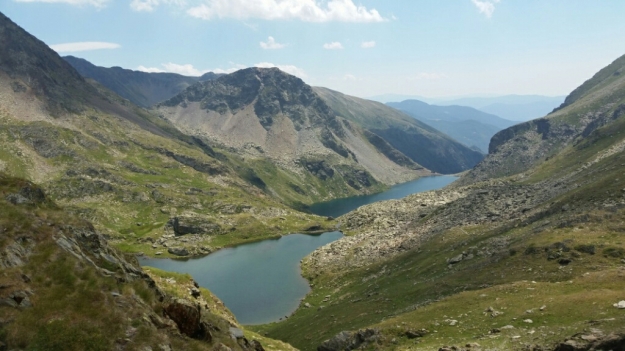 Col de Curios. The way we didn’t go but the runners did.

We had one more pass Coll de Calberante. We met a local out for a day hike.

Then it was down to the unmanned Refugi Enric Pujol where we took a break. 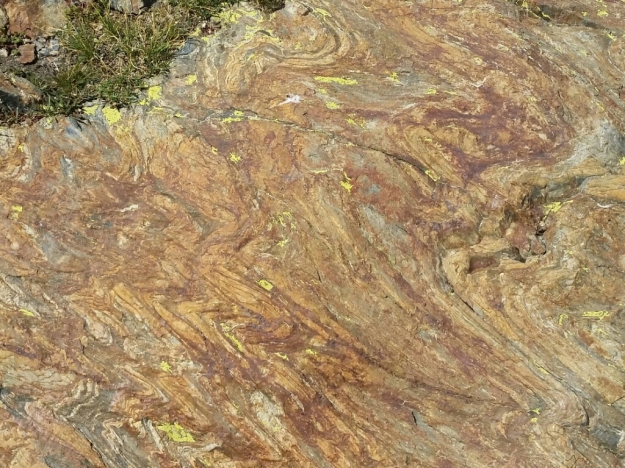 We walked over the most beautiful rock today. And it’s easy on the feet! 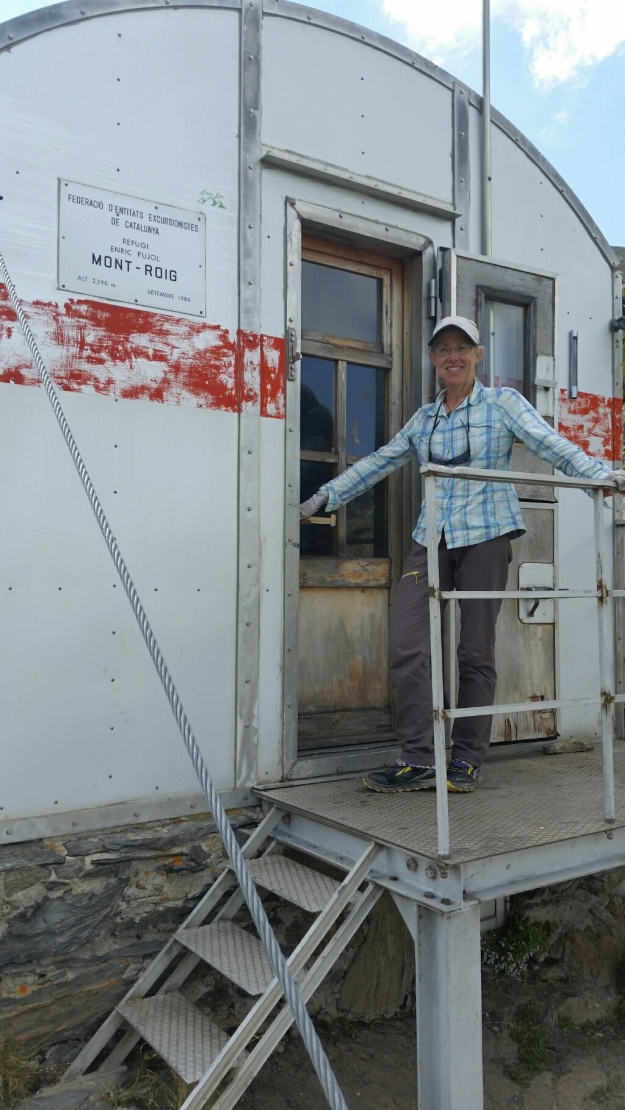 Then it was a couple hour sweet  downhill to the village of Noarre. We asked at the first house which had someone outside about camping. He said to go over to the river which is close. Perfect. Noarre is unusual because it has no road access. There is parking nearby and everyone uses a backpack or cart to bring in supplies. The man we talked to said it was the best place in the world to live. 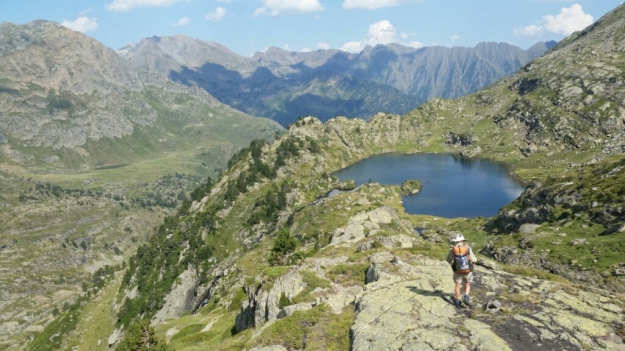 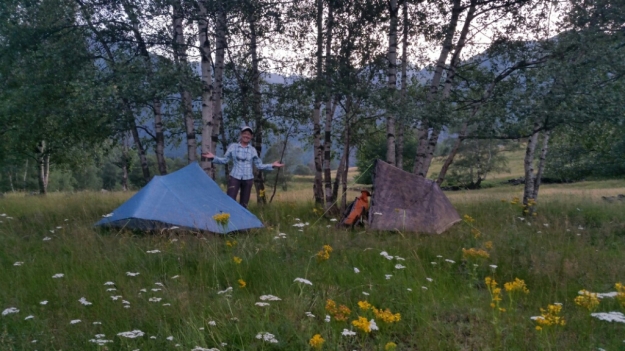