Refuge de Pombie to Refuge de Larribet
7am to 5:30pm

The guidebook rates each day in terms of difficulty. This was the first rated “E” and part of it was. We had perfect blue bird weather so that made things easier.

We left Pic du Midi and immediately made a wrong turn which ended up costing 30 minute. But we saw our first izard which looks like an antelope but it’s in the goat family. My photo isn’T worth posting but it was cool to see.

On our way up to Col d’Arrives a helicopter dropped a man off at a cabane and picked him up a half hour later. I have no idea what that was about. 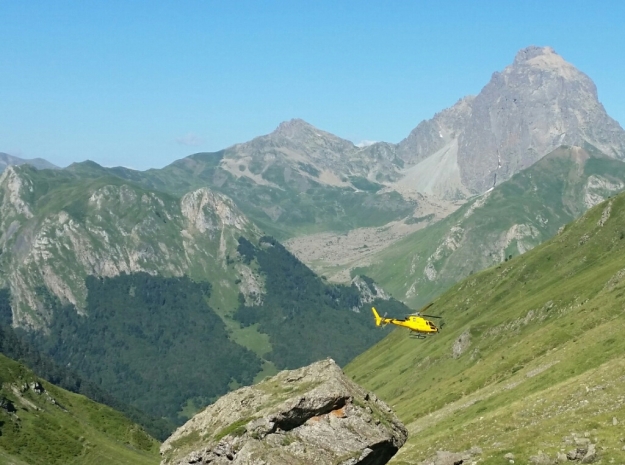 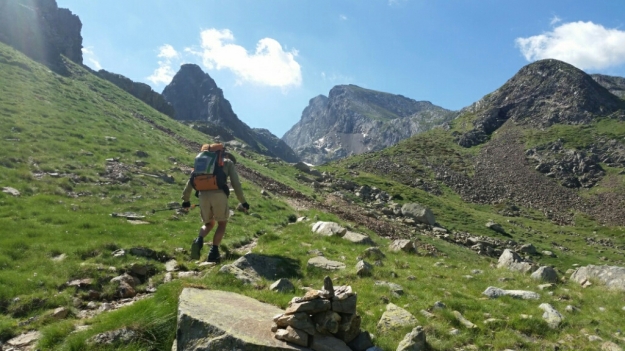 Cables help us out 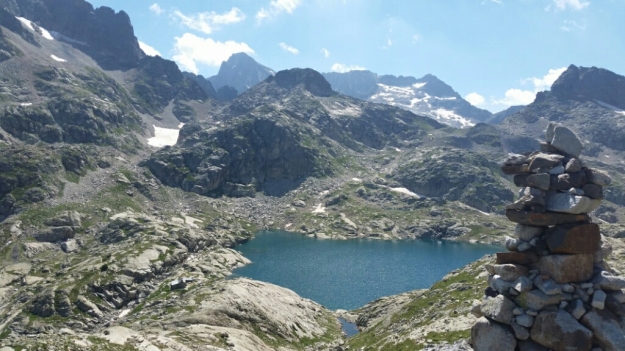 Heading down to Refuge Lac d’Arremoulit for lunch

On our way up to Col du Pals there was a short snow field. We put on our microspikes not so much that we needed them but we wanted to use them since we had been carrying them. 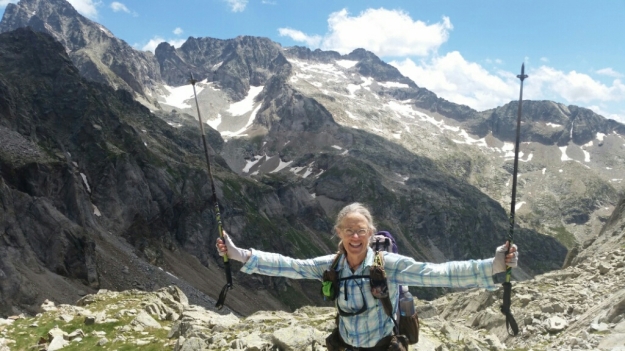 The arrow points to Port du Lavedan, a break in the frontier wall.

After Col du Palas the fun started. We crossed large boulders and loose scree over to the Port du Lavedan 2615m. The guidebook said to stay high but we couldn’t see a safe way without dropping  down. Then we had more to climb back up. The last part required both hands and tested the flexibility of my legs. 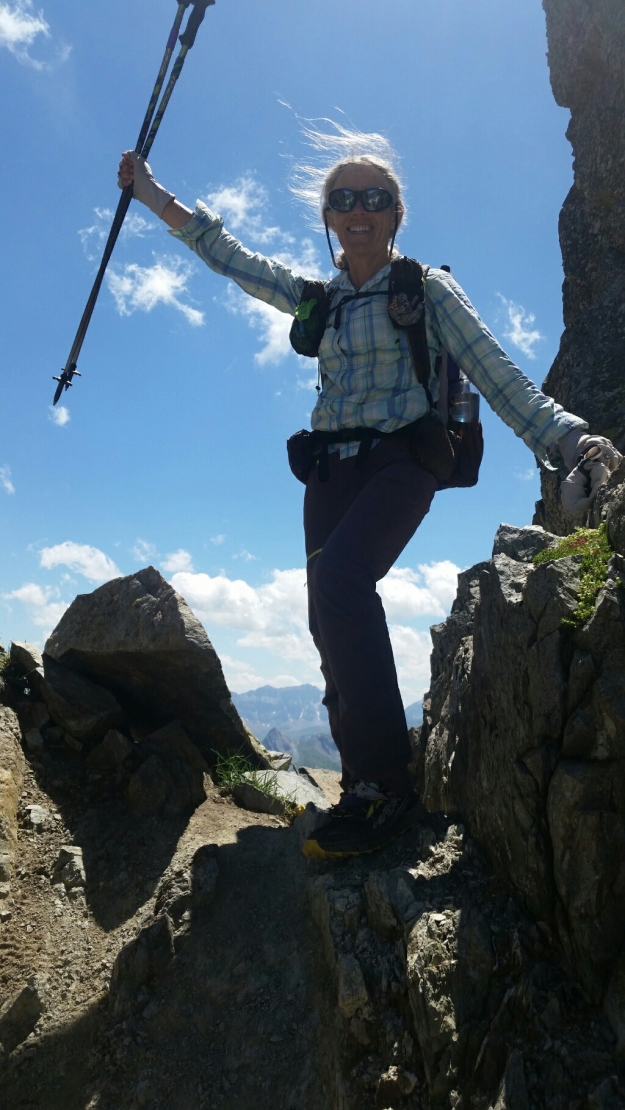 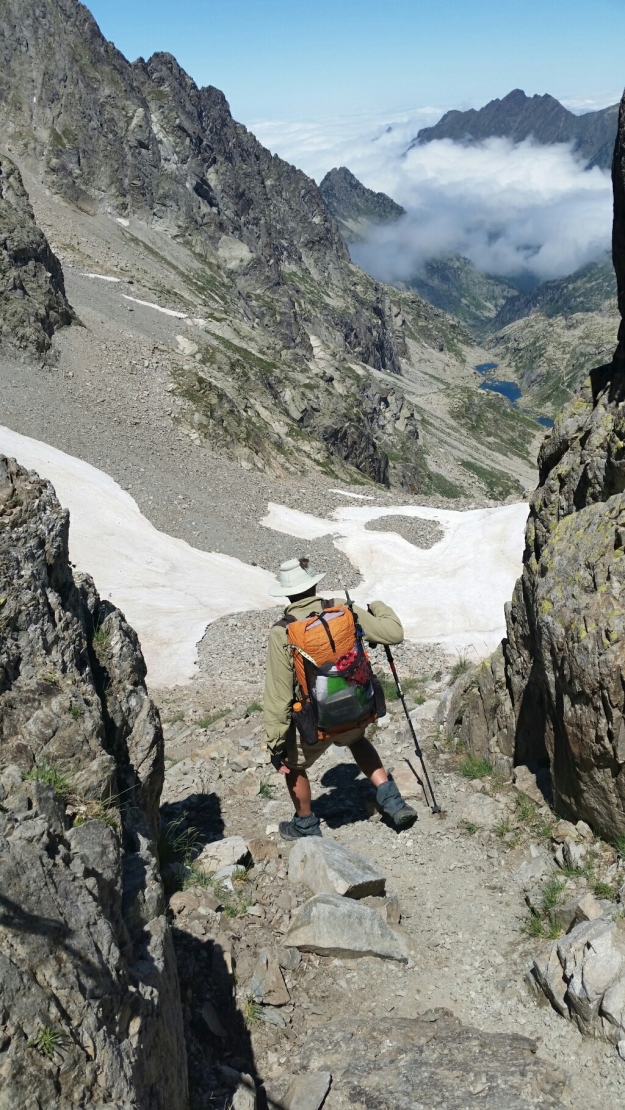 Starting our long way down past the lakes.

We followed the red and white marks down. It wasn’t difficult but it was long.

We are now at Refuge de Larribet. For 3 euros we got a hot shower. There are not many people here so we have our own room with 5 bunks and a window.

We had dinner with a great French family. They were also at Refuge Pombie last night and hiked the same route as we did today. A father, 13 yr old son, 11 year old daughter are out for a week. It’s very impressive what these kids can do. The father knows some english. I so wish I could speak French.

We got to the refuge too late to take advantage of these chairs.