7:15 am to 6 pm.  An early end of the day. Yay!
Five minutes down the road this morning were showers and toilets. There was also a closed bar/restaurant and camping across the street. Dang! Oh well, I slept well last night even without a shower.

2 hours later Jim and I were at Col Bargargui and stopped in for coffee and planned out the day. Water was key and we loaded up enough for the rest of the day. 2 liters for me. I checked weather online and it said gentle breezes for Pic d’Orhy. Wired showed up, stopped to talk, got water and headed out before us.

Our major climb of the day was Pic d’Orhy at 2017 meters.

It was super windy near the top. Not gentle at all. I almost got blown over several times.  It is a hard and gorgeous climb. And we caught up to Wired after she took a long lunch.

This is where we caught up to Wired 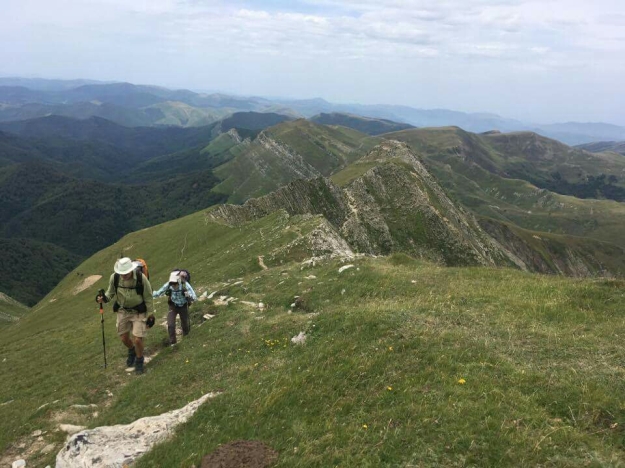 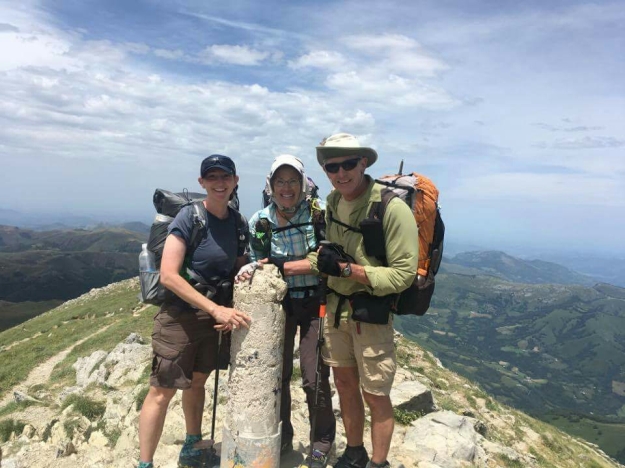 Wired hangs on to her hat in the wind

That was followed up with more climbing and walking in wide open country with lots of grass. I’m pretty happy that so far our pace matches the guidebook’s estimate. I think that will change when things get more technical.

We are now camped in the middle of cow patties and sheep pellets. The sheep were far away when we got here but later they were swarming all around us. Thankfully they have now moved on. There is a great spring here. We pitched our tents on the only flat ground we could find around here. 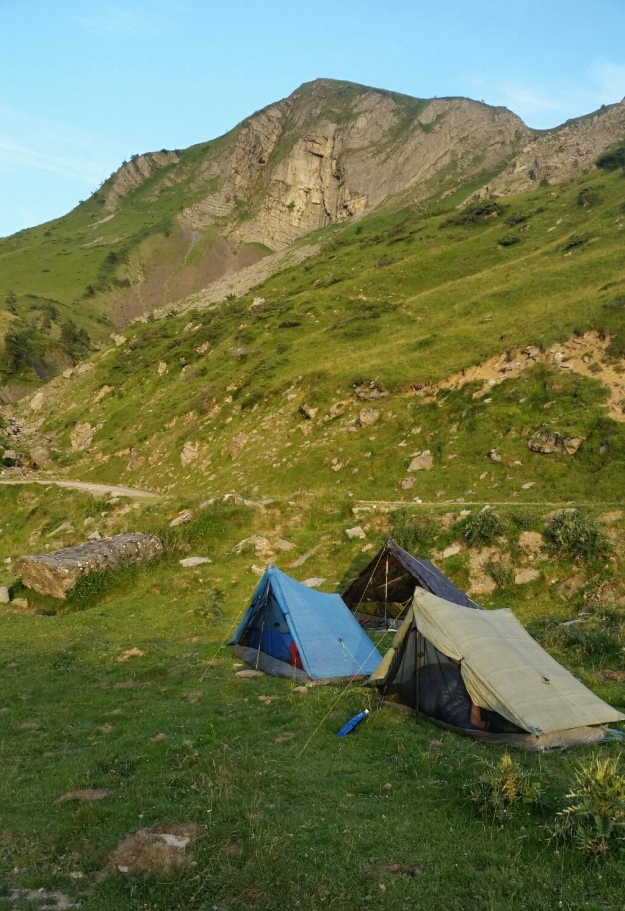 After we had set up our tents 2 French men arrived. They are hiking a different high route across the Pyrenees and started at the Mediterranean  June 1st. The language barrier prevented us from asking more questions. That is crazy early. They walked over to the cabane to sleep. All the cabanes (cabins) we have seen have had evidence of lots of sheep inside. This one is supposed to be nicer.

Another high Pyrenees route…. not in English.

We just figured out that we made an error when we calculated how long it would take to get to Lescun, the next town. We just barely have enough food to do it.
We’ve had fabulous weather so far and are feeling very fortunate about that. 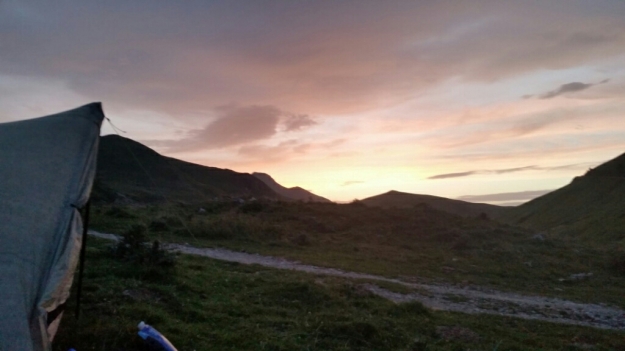